EKINOPS (Euronext Paris - FR0011466069 – EKI), leading supplier of telecommunications solutions for telecom operators, has published its first half 2019 financial statements (for the period ending June 30, 2019) as approved by the Board of Directors on September 24, 2019. The statutory auditors have conducted a limited review of the first half financial statements and have issued the corresponding report. The Group has applied IFRS 16 “Leases” with effect from January 1, 2019. Record first half revenue of €45 million, 16% growth in the USA

EKINOPS posted consolidated first half revenue of €45.0 million, up 7% (5% at constant exchange rates) from last year’s strong performance of €42.1 million.

The period was marked by strong business momentum on the international market, which generated 68% of first half 2019 revenue versus 58% in FY 2018. All international regions posted double-digit growth in the first half of 2019, led by the USA at 16%.

EBITDA was €8.1 million, double that of H1 2018, driven by strong gross margin and tight control of expenses. Furthermore, operating expenses fell 6% versus H1 2018, with the sharpest reductions seen in R&D (down 7%) and sales and marketing expenditures (down 9%). Application of IFRS 16 increased first half 2019 EBITDA by €1.0 million.

The acquisition of the OTN technology last july resulted in the addition of 25 R&D engineers based in Campinas (Brazil). EKINOPS revised its staffing requirements for 2019 and 2020. As a result, additional operating expenses related to the hiring plan were lower than expected for the first half and will be so for the second half. Furthermore, the cost optimization plan rolled out in 2018 following the OneAccess acquisition continues to bear fruit. Despite the hiring required to support the Group’s growth plans, expenses will remain under control over the coming months thanks to the cost control policy pursued by Ekinops.

EKINOPS generated free cash flow of €5.6 million in first half 2019, resulting in a net operating cash inflow of €3.1 million after change in working capital.

First half 2019 cash flow from financing activities amounted to a €13.3 million inflow, fueled by the successful capital increase by private placement (€7.5 million) carried out in June 2019 and new bank borrowings amounting to €7.1 million net of repayments. 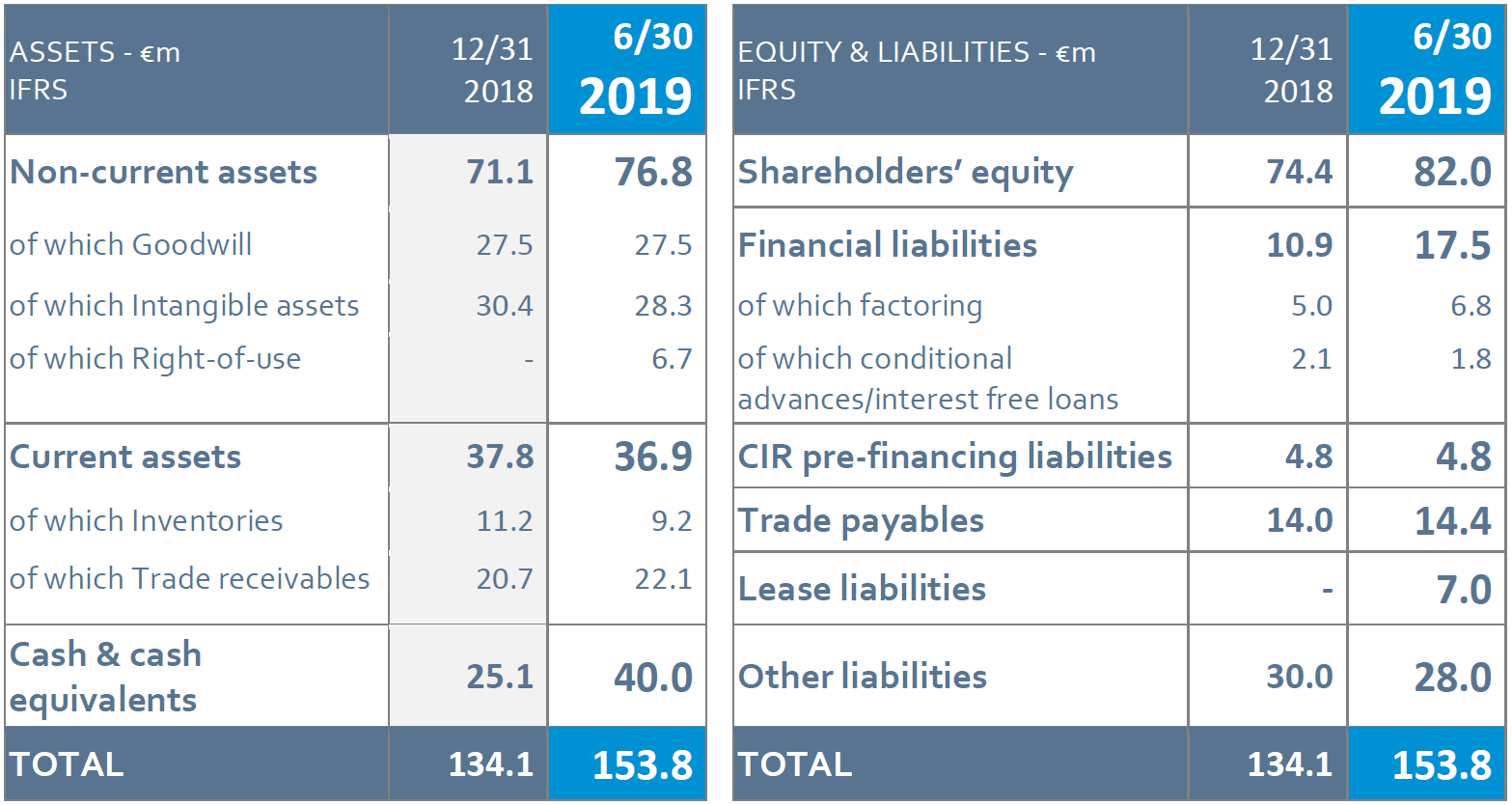 First half 2019 results are in line with the virtuous trend seen throughout 2018, driven by the synergies and value created by the OneAccess acquisition.

Business is expected to continue to grow in H2 2019 and in 2020 given strong market demand in key areas covered by Ekinops:

Due to these developments, the Group’s software and services business is expected to make a growing contribution to Group revenue over the coming years, which will drive up profit margins in the long term.

Business is currently booming in the USA, which is expected to post the strongest growth in 2019, possibly over 30%.

Excluding the OTN acquisition, which is expected to generate full-year expenses of around €2 million (excluding amortization charges), 2019 operating expenses are expected to stay roughly flat compared to the previous year. In 2020, barring exceptional and unplanned expenditures, operating expenses are expected to increase by €2-4 million versus 2019 (excluding amortization charges), mainly due to the new OTN business and additional hiring to support growth.

Over the long term, the Group is now aiming at double-digit year-on-year organic growth and a double-digit EBITDA margin.

Lastly, the Group has not currently identified any acquisition opportunities likely to close in the coming quarters.